On April 19th, 2013, Connor Menden, a senior at MVHS, undertook a feat of a lifetime – swimming in Hawaii from the island of Maui to Lanai. The swim was 10 miles and took him 3 months to train for.

Menden decided to do the swim with his father, hoping to bond more with him as they trained.

“I don’t get a lot of time with my dad, he’s busy, so this was a way to hang out with him.” Menden also wanted to challenge himself, pushing to do something he never had before. “I feel like I could swim forever,” Menden said. He also wanted to include the experience on his college applications.

Menden and his father worked with an Olympic trainer who was in the 2004 Athens Olympics, spending 3-6 hours a day in the water training for the swim. He had swam to  Alcatraz Island and in the San Francisco bay before, so ocean swimming was nothing new to him. Despite having trained for months, however, Menden still had some fears about the big swim.

“[The water was] really dark,” Menden said. “I was afraid I wasn’t going to be able to see anything. Another thing was sharks – I was kind of worried about that.” Menden was also afraid of not being able to finish the entire swim, but he was determined to complete the swim. “Me and my dad went to Santa Cruz and swam out a couple miles, swam back, and after repeating it, I got used to it.”

There was one more thing that Menden used to keep him going – a quote from The Biggest Loser. “There was this trial thing, and they had to hang from a bar and one of the girls was saying ‘pain is temporary, failure is forever,’ so that’s what I keep on telling myself. Keep on going,” Menden said. 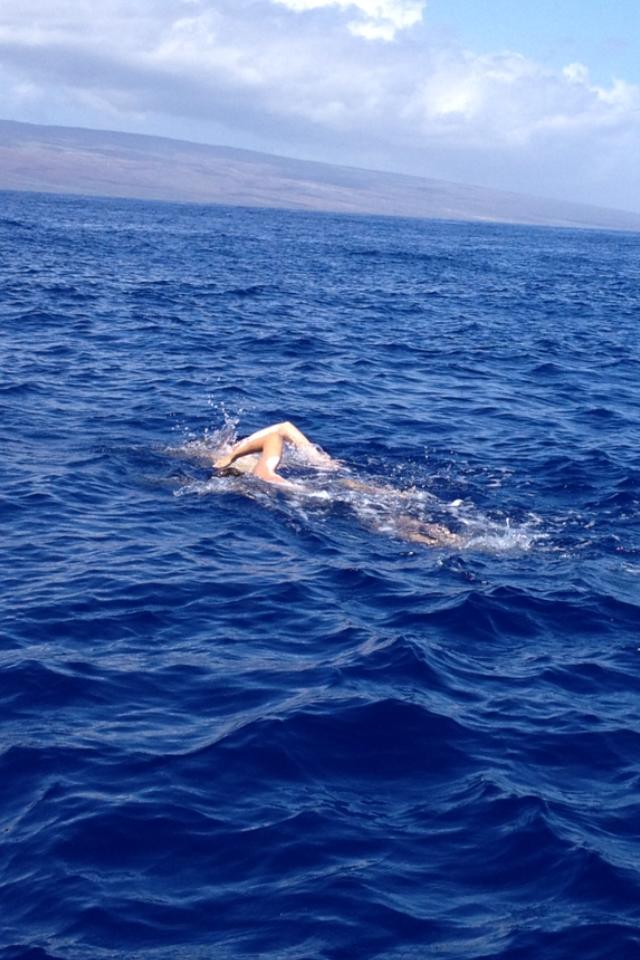