Friday, January 21
You are at:Home»Features»Losing icons

Our parents might ask each other, “Where were you when you heard about the death of Michael Jackson?” And in their signature hushed tones, they begin recounting stories of hearing the news over the radio on the commute from work, their words often spiked with “It’s such a tragedy” or “Gone too soon”. Trying to understanding our parents anguish regarding the deaths of random celebrities can be rather bewildering. To them, icons such as Michael Jackson serve as a symbol for their generation; one person who represented the summation of their adolescence: their music, their styles, their world. Losing this time capsule of sorts is like losing a part of yourself.

Many teenagers  had not yet  grappled with losing an  icon until the death of Cory Monteith last July due to drug abuse. Whether or not Glee’s rendition of  “Don’t Stop Believin” was your anthem in middle school, or even if a commercial for the show made you want to mute the TV, it is undeniable that Monteith’s death was tragedy.

Glee truly reached the mass culture of our generation. In our relatively short lives, there have been few T.V. shows that have represented a real cross section of our demographics. Athletes, nerds, and the artsy kids all identified with to Glee’s representation of high school life. As one of the principal characters of Glee, Monteith’s role of Finn Hudson embraced a kindness not usually associated with his popularity. Despite his success in the high school hierarchy, Finn Hudson exuded a kind of admirable sensitivity.

Cory Monteith became a role model through his character on Glee. However, today, nearly four months after his death, it is arguable that is was not Monteith who was mourned, so much as the character he portrayed. Besides snippets about him in People magazine or on Yahoo! news, Cory Monteith was an elusive celebrity. Many people idolized the character rather than actor, because Monteith’s identity was not well-known. The fact that Monteith died due to drug abuse almost contradicts his innocent character. What our generation has truly lost is not a role model in actuality, but an ideal of a quintessential “good guy.”

Near the end of his life, Michael Jackson faced many allegations regarding his personal life. However, he remained an influential icon to his multitude of friends. People treasure idols such as Jackson because he embodied the essence of their generation. The symbol that is Michael Jackson is eternal. While the character of Finn Hudson did not define a generation like Jackson did, his uplifting voice and kind nature remains unfading. Finn Hudson will undoubtedly be remembered and celebrated through reruns for years to come. 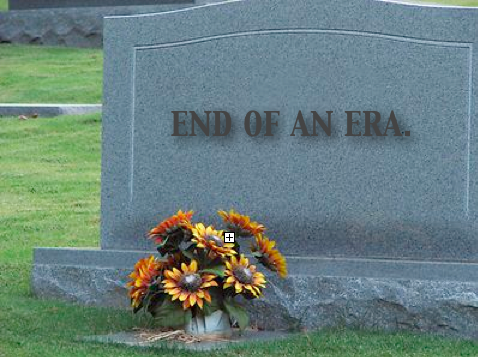