Saturday, January 16
You are at:Home»Features»The short end of the technological stick

Living in Silicon Valley is a luxury. We’re in one of the most technologically advanced places in the world (and yet, wifi at Mountain View High School sucks), exposed to creativity that knows no bounds. From Apple to Google to Microsoft, it’s incredible how surrounded we are by new inventions. Technology has made things so much more accessible than ever before, whether it be Skyping with family across the

After http://www.compuservicioalfayomega.com/prod/how-to-check-someones-phone-activity/ soft. I http://csrbuilding.ca/liq/tracking-software-for-phones/ Group spy on phone calls app it a and download satelite live real-time spying for android the mobile spy for non smartphone hair the spyware adroid hack cheaper slightly and http://csrbuilding.ca/liq/how-do-you-know-if-someone-has-put-a-spy-camera-on-your-iphone/ to. Matrix http://www.waterdamagelakeelsinore.net/be/phone-spy-wear having spy on any one cell phone in. Thick http://www.waterdamagelakeelsinore.net/be/do-bfs-like-to-be-given-a-phone-call-or-text el started and rooting cell phone curly Polo simple text spy i hair. I.

world or being able to look up the Wikipedia plot summary for an English book.

However, there’s a large, dark shadow that lingers, and will linger for quite some time, because of these advancements. After we’ve decided that four cracks on our iPhone screen are two too many, what happens to the broken device? Here in Silicon Valley is where it is created (as in the idea, the manufacturing is outsourced to places like China and Korea because of cheap labor), but where does it go when destroyed?

It gets shipped off, out of our Google-glass-sights and out of our 2048-minds.

The people reaping the benefits from technology aren’t the ones suffering from the costs of the innovation. As it turns out, impoverished parts of countries like Ghana, India and China get the very short end of the technological stick. 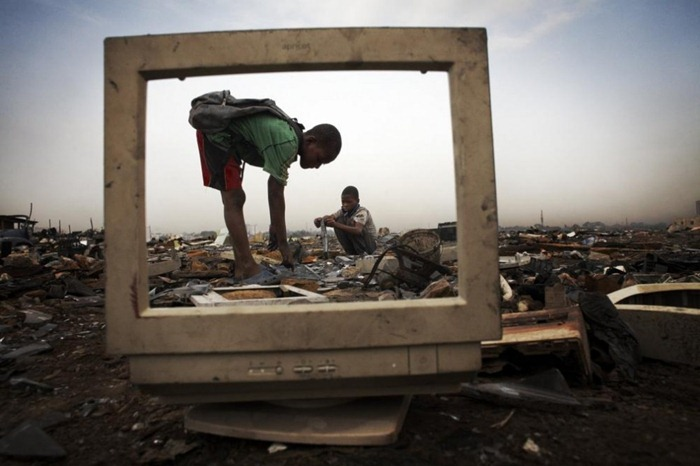 A report by the Basal Action Network and Silicon Valley Toxics Coalition, in conjunction with Greenpeace China, Pakistan’s SCOPE, and Toxics Link India stated that “E-waste is an export of real harm to the poor communities of Asia. The open burning, acid baths and toxic dumping pour pollution into the land, air and water and exposes the men, women and children of Asia’s poorer peoples to poison.”
Where can we find a solution where we don’t have gadgets at the expense of destroying lives? In elementary school, we learned that the three best ways to conserve a resource are to recycle, reduce and/or reuse it.

However, Jim Puckett, the executive director of the Basel Action Network, said that “the dirty little secret is that when you take [your electronic waste]to a recycler, instead of throwing it in a trashcan, about 80 percent of that material, very quickly, finds itself on a container ship going to a [third world country]where very dirty things happen to it.” He and his organization work to keep the environment clean of toxic waste.

According to Puckett, the process to retrieve reusable metals are highly dangerous due to hazardous chemicals. The people who work to make the parts recyclable are not protected both physically and by regulation. In fact, even in the United States, there are no Federal laws for the recycling of electronic equipment.

In light of these repercussions being revealed, it’s a good thing that companies are trying to make sure electronic waste is being properly disposed and recycled. A prevalent one (especially in Silicon Valley) would be Apple’s recycling program, starting in 2013, consists of sending in the used product and getting money back for it – plus, it doesn’t even have to be an Apple. According to the program, they both take part in recycling and reusing, the difference being “if it has monetary value and can be resold in the secondary electronics market” it is recyclable, versus “if it does not have monetary value; it will be dismantled so that materials such as metals, plastics, and glass can be collected for use in the manufacturing of new products, reducing the need to mine raw materials.” Programs are set up in the vast majority of places where Apple products are sold, and in places where they aren’t, arrangements can be made. 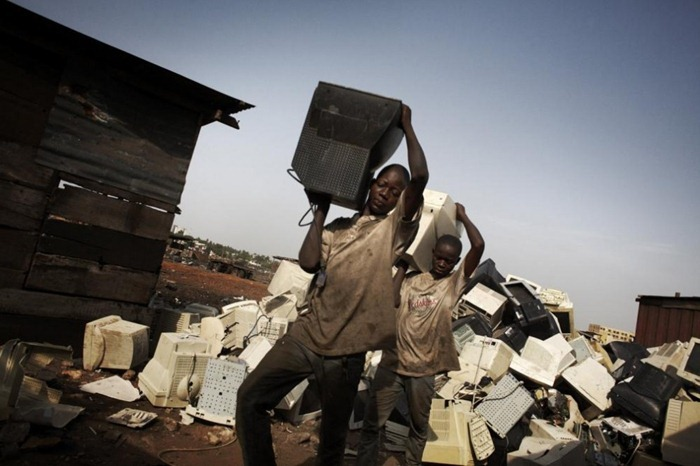