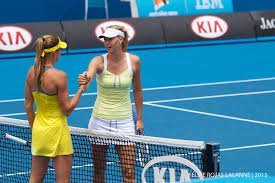 On Monday, March 7, Maria Sharapova, a 5-time Grand Slam champion and the world’s highest-paid female athlete, announced that she had tested positive for the recently banned drug meldonium at the Australian Open Tennis Championships.
Sharapova, a 28-year-old Russian who is one of the world’s most visible sports figures, is by far the most prominent athlete to be barred for meldonium, a drug originally developed in Latvia for heart patients that aids blood flow and.
Even if you’ve never played a sport in your whole life, it’s likely that you know the name of at least one professional sports athlete. Whether it be Steph Curry, Kobe Bryant, Michael Phelps, or Sharapova, these athletes are role models for our nation’s youth.
Players’ actions are closely watched on and off the field. Kids love to copy what they see or hear on T.V., the news, or from their friends; they may copy something as frivolous as the gum that a baseball player chews, the shampoo a swimmer uses, or the laundry detergent that their favorite football player advertises. Kids are prone to copying anything that their “sports hero” does. Athletes have a lot of power because they can greatly influence kids and they are part of a huge money making industry. In fact, a survey released just before the 2015 Super Bowl states that 64 percent of Americans think professional athletes have more influence in society than pastors.
The power that athletes have is not necessarily negative. Many athletes have good sportsmanship, spend their money on more than just bling and raise awareness or funds for important causes. For example, NBA star LeBron James raised $2.5 million for the Boys & Girls Clubs of America and donated ad revenues of $3.5 million to other charities. However, there are also a number of well known sports stars, like Sharapova, who partake in dishonest and unethical activities like taking illegal drugs.
In fact, there are many more athletes who have a positive influence. In spite of the good example that a majority of professional athletes exhibit, the media has a knack for highlighting players who do something questionable, illegal, or unusual that fans wouldn’t expect.

When the media spills out this bad influence, our nation’s youth is tuning in.
If you can’t think of an athlete that may have a negative impact on a child, look back at the 2015 Super Bowl. Last year, NFL star Tom Brady, a member of the New England Patriot’s team, quickly lost his title of “champion” and instead gained a new title–”cheater”. Brady was accused of deflating the footballs before each game to make them easier to catch. Although it is still unclear as to whether or not these allegations are true, the fact is that now most kids credit Brady’s success to his cheating. Kids are latching on to the image that these players are displaying and are getting messages that are not moral, such as the thought that cheating is the only path to success.
As made clear with Sharapova’s recent scandal, it’s no secret that some professional athletes use performance enhancing drugs in order to get the edge on their opponents. Nike, one of Sharapova’s longtime sponsors, announced that it was suspending its relationship with Sharapova after her use of banned performance enhancing substances. This is an ongoing problem not only for the athletes themselves, but for the children who look up to them.
What do you want your kid, who’s passionate about sports, to grow up to be? Do you want them to become an athlete that works hard to be successful and participates in charity work for the community? Or a player that only cares about making money, being famous and being sponsored?
The media frequently highlights athletes who are displaying irresponsible and inappropriate behaviors in their personal lives, yet in spite of such behaviors, these professional athletes can make up to 4.5 million dollars.
Professional athletes can utilize their enormous influence in the U.S. and all over the world, to teach kids the importance of honesty, integrity, perseverance, and altruism. So, whether or not they come in first or second place or have two or three sponsors, which for athletes can be the difference between being clean and using drugs, is insignificant.
Now is the time for professional athletes to use their influence on kids in the right way. Athletes can begin by learning from the mistakes of others, like Sharipova, and hopefully realizing how detrimental the effects of one mistake can be on not just their own career but also on America’s youth.