Friday, January 21
You are at:Home»Humor»The different kinds of candles you’ll get for the holidays and what they say about you 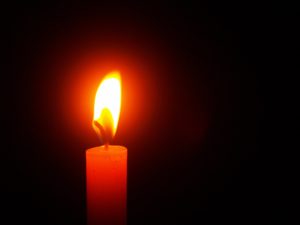 This is an entry-level candle. Citrus-scented candles are the candle equivalent to a Bath & Body Works gift card. A citrus-scented candle’s last name would be “Smith,” and its first name would be “Boring.” I can say that because I, too, am boring. If you receive this candle, you probably don’t know the gifter. You know that one person in a group chat that got grandfathered in because you guys were friends in middle school? The one that’ll wish everyone a happy Thanksgiving but is silent for the other 364 days of the year? The person that’s just there? They’d get you a citrus-scented candle.

If you get a candle called “Pumpkin Spice,” you’ve fallen victim to regifting. The giver of an off-season candle is always late. They’re the person that had to drop their first period midway through the semester. They get as many emails from MVHS notifying them about their absences as they do emails from colleges. This person most likely hit puberty early out of necessity; it takes a deep voice to convincingly excuse absences over voicemail.

If you receive a berry-scented candle, chances are that you also like iCarly and you punctuate your texts with “XD.” You also probably wear exclusively neon clothes and giggle a lot because you’re random! And quirky! And really, really into Doctor Who! A berry-scented candle is a little off, but that doesn’t mean it’s bad. It just means that you should burn it alone, where no one else can smell it.

A pine-scented candle says more about the gifter than it does about you. A person who gives a pine-scented candle is always on-trend. Currently, everything they own is ADIDAS. They know all the words to every Drake song released after 2011. In two weeks, they’ll be in Tahoe. They’re the kind of people that promote detox teas on their Instagrams. They don’t follow back.

Converse to those who give pine-scented candles, people who give flower-scented candles are always one step ahead. Everybody knows flowers correlate to spring, but they don’t care. Their Spotify is full of Solange and music in Japanese. They played Pokemon Go before it was cool by throwing rocks at each other. They started crying a week before the election. They’re always ahead of the curve.

Are you a Gemini? One of you is. I’m not saying you’re two-faced, but the person giving you a two-wick candle definitely is. You’re probably asking yourself what you did to deserve this, and frankly, it could be a lot of things. Maybe you commented on their picture without liking it. Maybe you told them they should take multivariable calc when they barely passed trig. Maybe you gave them a two-wick candle last year. Whatever you did, you now have a candle that burns twice as fast. There’s a metaphor in there somewhere.

If you receive tea lights, you’re probably under 5’2”. You can probably still fit into kids’ sizes at Claire’s, and that should be celebrated.