Thursday, August 5
You are at:Home»News»District opens new position to expand on communication platforms

By Karen Xia and Neda Shahiar

After discussing the need to improve communication between the MVLA district and the community, the district posted a job opening for a Communications Manager on Dec. 20. According to Superintendent Jeff Harding, the district felt that the rise of online information platforms called for an increase in the district’s use of technology to share information with community members.

The position specifically entails working with the superintendent and “leadership team” to form strategies for engaging and creating positive relationships with “employees, parents, and the broader community,” according to the job posting, which administrative assistant Amy Vargas sent to district staff. Harding said that the website, Facebook page, and Twitter are also underused means of distributing information that the Communications Manager will utilize.

“What I believe is that if you don’t have someone assigned to it, it doesn’t get done,” Harding said. “In the world of Facebook and Twitter and instant communication, having someone who is in charge of pushing that information out to our community of parents is of great value.”

Harding and Principal David Grissom said that there are many positive events in the district including “great student activities” that currently are not being covered.

“There are so many positive things that happen [within the district]. We have very little, if any, presence online. As a matter of fact, the only online presence we have as MVHS is the Oracle,” Grissom said. “From a district standpoint, there is no social media face at all.”

When asked why the district is choosing to hire a Communications Manager to release information rather than present the information through student media, Harding responded, “We don’t have any influence over the high school newspaper, so this is a way for us to push out things that are happening at the district level and not through a student-run newspaper.”

The position was first proposed at an ad hoc Communications Committee meeting with staff and administration, where they also discussed improving the Facebook page, Twitter, website, and format of Grissom’s Gazette.

Desirable qualifications include a degree in either communications, journalism or a related field, and previous work with school district or public sectors. Grissom said that school board must ultimately approve of assignments.

The district is accepting applications until the position is filled. 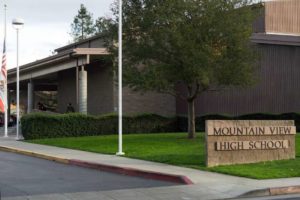