Wednesday, December 1
You are at:Home»News»Yow and Rietveld to become next year’s ASB advisers

Current ASB advisers Jared Darby and Mady Miraglia have decided to step down from their positions leading ASB beginning in the 2017-2018 school year. Chemistry teacher Christine Yow will be replacing Darby as the ASB Government Adviser, and psychology and world history teacher Carson Rietveld will be taking over Miraglia’s role as ASB Activities Adviser. After careful consideration from Darby and Assistant Principal William Blair, the two were chosen to help lead and manage next year’s ASB classes as both showed interest in student government and campus activities. 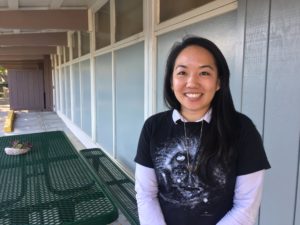 Yow, who has been attending several student events for the past three years—including sports games, musicals, and art shows—was interested in working with students who are passionate about leadership.

I had a really good experience in leadership when I was in high school and I really like being involved in the school community,” Yow said. “So when Blair and Darby approached me about doing this, I thought it would be a nice way to get plugged in and work with kids outside of the [chemistry]capacity.” 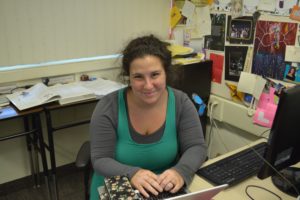 As for Rietveld, she holds a similar respect for students involved in school government and believed this to be an opportunity for her to step outside of her typical role as a teacher.

“I really like talking to students about the things that are impacting their life right now,” Rietveld said. “I thought that doing ASB Activities would be a really fun way for me to get to spend more time talking with students about all the things that they care about right now and getting to see that immediate ‘fruits of your labor,’ if you will.”

Another reason as to why she accepted this position was because of her own experience as a student in high school.

“I grew up in this area but I went to a high school that was really different from Mountain View…and in some ways [had]less overall spirit,” Rietveld said. “I’m just blown away by Mountain View students every year…there are so many students on this campus doing real things, investing real time and real effort to, you know, hold the community and administration accountable.”

Since they were selected for the advisement positions a few weeks ago, Yow and Rietveld have been observing the way Darby and Miraglia run classes. Their hope is to maintain much of ASB’s responsibilities next year and potentially expand on that with an emphasis on community outreach.

“There is already so much student engagement and you’re not building from zero here. Maybe it’s the job of ASB to continue promoting all of the awesome things that are happening on campus and help students connect those things with each other,” Rietveld said. “I’m super excited about working with Ms. Yow and I think that we both really respect what is already happening on campus…and we both have similar visions in terms of how we can leverage technology to help ASB streamline communication.”

“If we can figure out a way to [better define]what ASB does and what school spirit is, then hopefully more students will feel like ‘Oh, this is a resource that’s meant for me.’”