Wednesday, December 1
You are at:Home»A&E»Kelvin Garcia: Turning doodles into reality

When senior Kelvin Garcia finds something interesting, he becomes so invested in it that it becomes an addiction, usually fading within a couple months. However, ever since he used the space under March 2 in his school agenda to sketch the words “Buttery Vibes” during his sophomore English class, Garcia’s addiction for the name has never faded.

“[The interest in this name] kept advancing and I knew I wanted to take this somewhere,” Garcia said.

After two years of doodles, creation, and commitment, Garcia launched his first line of t-shirts for his company “Buttery Vibes” on April 17, selling all 60 of his shirts in just four days.

Buttery Vibes is a skateboarding and apparel company that promotes positivity and individualism. According to the company’s description on its website, “We’re all just happy kids doing what we love, with no filter whatsoever.”

The feeling of having smooth, good vibes is what defines the company, according to Garcia. 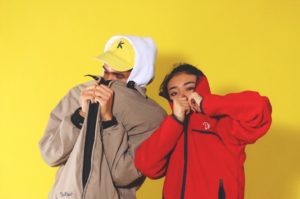 “[In my sophomore English class], me and my friends were just being ourselves and we were all having fun doing whatever we wanted — that was Buttery Vibes,” Garcia said.


Through his art, Garcia wants to produce an overarching environment where people don’t feel trapped inside a box or influenced by others’ opinions. The inspiration to do so came from Tyler the Creator and other rappers.

Garcia believes he shouldn’t spend time worrying about his success or critiques of his work. Instead, he spends his time doing what he wants with disregard to any outside negative opinion.

“The number one thing he always tells me is to be myself. He’ll say that if you be yourself, you’re going to motivate yourself to not give up on your dream,” senior friend Jose Arreola said. “Once that pen touches the paper or once he has his hand on the mouse, it’s grind mode for [Garcia]” 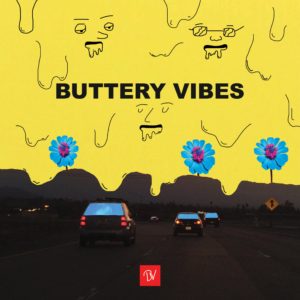 By doing as he pleases and following his desires, Garcia has already reached a large audience with his clothing and message of spreading positivity and supporting individualism.

“There’s people that I’ve never met in my life that are ordering from different states, and that means a lot to me because that means there are people watching me that roll with this idea enough where they would buy it from someone they never met before,” Garcia said.

Realizing his success and noticing his progression, Garcia learned that commitment, focus, and confidence are the biggest qualities that can transform anyone’s doodles into a reality.

“You just got to be committed to making the time and effort. For the kids who actually want to develop their own ideas and produce and create, all they have to do is take time,” Garcia said. “Be confident and committed. That’s what you need.”

Buttery Vibes also recently released a line of hats on May 17th that are now for sale. 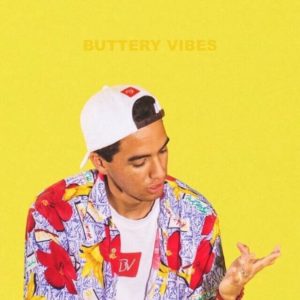