Monday, September 27
You are at:Home»News»Health Department institutes changes after major review of curriculum

Students will no longer be able to earn health credits through the online health program offered by the Brigham Young University, following a lengthy review process of the district’s health curricula last school year.

Students who had already enrolled in or had been approved to take the class prior to this decision may complete the course. Those students must finish the BYU online health class by Sept. 1. 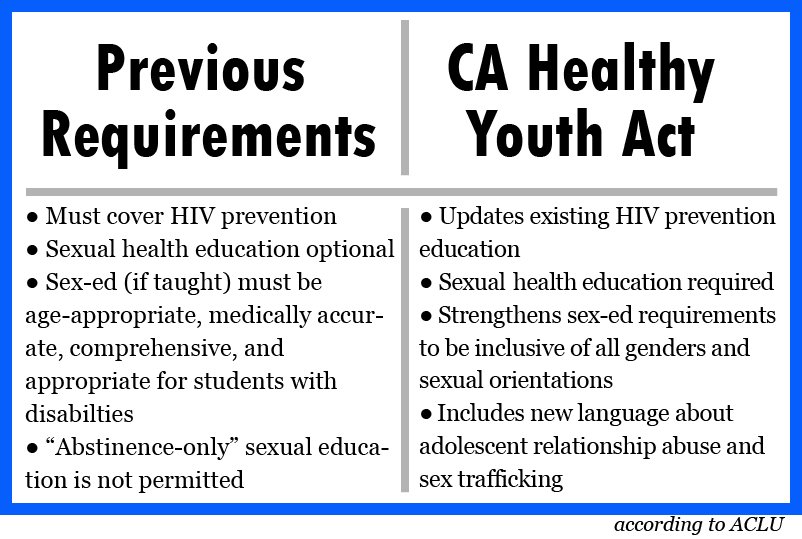 BYU is a private university in Utah owned and operated by the Mormon church. As such, BYU is not subject to California laws.

According to MVHS health teacher Heather Boyle, the district began an intensive review process of the health curricula offered by the district after Gov. Brown signed the bill in October. This included the semester-long in-class health offered at MVHS, LAHS, and Alta Vista High School, in-class programs designed for Special-Ed students, as well as the online programs offered by BYU and MVLA Adult Education.

The district found that the in-class health curriculum was already in compliance with the new California state law, but neither of the online programs were.

In response, Navarro said the MVLA Adult Education’s online health program was revised over the last few months to be in compliance with AB 329.

“I think that we were a whole lot better than a vast majority of the districts in the state,” Boyle said in reference to how the district handled the shift.

When Gov. Brown signed the bill in October, he provided districts with approximately only two months to adopt a new curriculum, a tall order for schools that can take up to several months to fully examine and revise their curriculum.

“Usually, there’s some kind of a transitional period given to get things in place,” Boyle said.

According to Navarro, all MVLA health classes now comply with state law.

Nisha, a senior in her third year of Oracle, is the Editor-in-Chief. She enjoys producing music, reading and sleeping in her nonexistent free time. In the future, Nisha would like to be an underpaid journalist struggling to pay rent in New York and start a small business.