Tuesday, April 20
You are at:Home»News»ASB to Issue Statement in Support of Transgender Students

The ASB Diversity Committee plans to publish a statement in support of the transgender community soon, in response to President Trump’s executive order banning transgender people from serving in the military.

According to senior Deshan Yapabandara, the ASB Diversity Committee has found the transgender ban to be a form of discrimination as it limits the rights of a group of people based off of their gender identity. Since ASB’s mission statement is to promote diversity and inclusiveness, elected members of ASB will strive to make those that are excluded from the executive order feel welcome in the MVHS community.

Additionally, Yapabandara said he believes that the issue of discrimination is a bipartisan issue and should be taken from a moral standpoint.

“President Trump’s executive order cannot be tolerated, and the sentiment against the transgender community found in this order cannot be found in any way, shape, or form on our campus,” Yapabandara said.

The ASB Diversity Committee aims to achieve unity with the statement, as they believe that since the 2016 election, “There has been polarizing forces that separate citizens into subgroups and change how we think of others,” Yapabandara said. “Hopefully, we can make our community at MVHS feel unified through this statement and slowly chip away at the barriers made from the past election.”

Percy Langston, President of the Queer Straight Alliance club on campus, said that he believes that ASB’s creation a statement of support for the transgender community was a great idea. 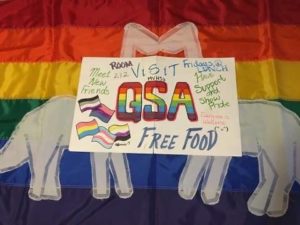 “Statements that solidify the rights and personhood of transgender students serve as a reminder that they are always safe and welcome at MVHS,” Langston said.

Langston further emphasized the importance of the timing of the statement.

“It’s important to put out statements of solidarity like these so that students can understand that they’re part of a student body and a broader community that accepts them,” said Langston. “Often, in times like these, it is easy to feel threatened or uncertain in a changing political landscape.